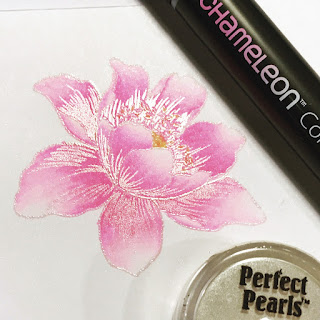 Today I wanted to share a fun twist with layering stamps, and also give a brief intro to Chameleon Pens.
(Sorry it's picture heavy... I planned on doing this as a video, but ran into some lighting and camera set up issues... until they are fixed, I'm stuck with photos. 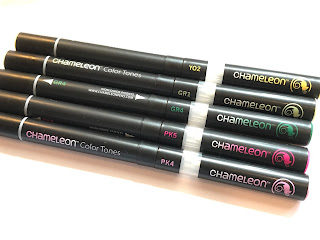 Ok... So for those who don't know, Chameleon Pens are an alcohol based marker that has a built in blending chamber to allow you to achieve multiple tones of the same color with a single pen.

I have seen good and bad reviews for these... I can only share my personal experience, and that is limited. I was not paid, nor even asked to write this, however  I was sent these 5 pens as part of a design team thing.. that being said, I have enjoyed playing with them so much my parents bought me, for my birthday, not only the entire 52 pen set, but also the new color tops that have yet to hit the market... I believe the kickstarter thing said they would be shipping out sometime in May. I'm super excited!

I will say that there is a learning curve to them... but I would expect that when picking up a new medium or tool, so I don't see that as a negative, just inevitable.

They are also longer than a normal marker.... this is because of the mixing chamber. I haven't felt that there is much of a problem with that since I generally take the chamber off when I'm coloring anyway. 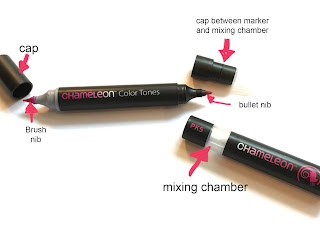 Ok... let's break this pen down... They have a brush nib on one side, and a bullet nib on the other. There are two caps (obviously)... one of the caps is a special cap that not only caps the marker, but ALSO caps the mixing chamber. The mixing chamber is filled with a colorless blending solution (the same solution that is in the blender pen), and has a nib inside the chamber.

These markers are refillable, and all THREE nibs are replaceable. 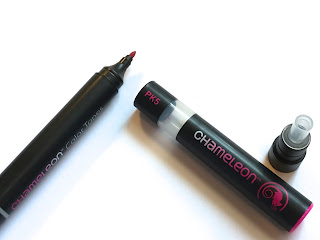 The idea is, you take off the mixing chamber, and the cap for whichever nib you want to use (it works with both the bullet and brush nibs) 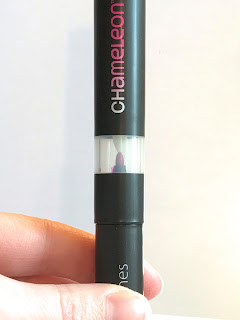 Then you put the marker nib into the chamber the same way you cap a pen and hold it vertically with the mixing chamber on top. 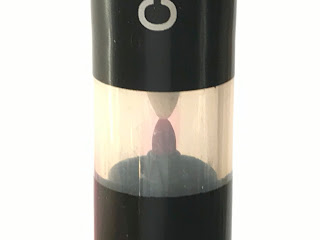 See how the mixing chamber nib is touching the marker nib? When held upright, the blending solution is pulled, by gravity, into the marker. This is called fusing. The longer you fuse, the lighter and longer the tonal blend will be. 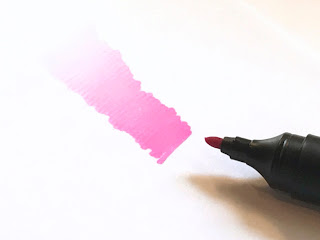 Then you color... you can see that it transitions from a hint of pink into the darker pink as you color out the blending medium. 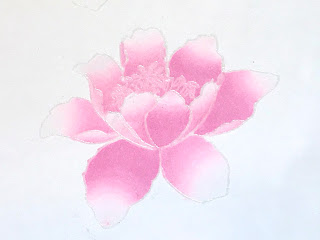 So, you can get something like this using only one pen.

*for this tutorial, I have stamped the image on regular card stock using VersaMark ink. I then heat embossed with clear embossing powder. You don't have to heat emboss, you could just stamp the image with any ink that doesn't react to alcohol markers... I just chose to emboss. 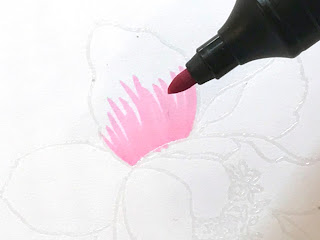 Step 1: Using the bullet nib, add ink into the areas you want darkest using a flicking motion. For this step, don't fuse the marker... use it just like you would any other alcohol marker.

This step adds both depth to the shadows, and a little bit of texture to break up the tonal transition so it doesn't look quite so uniform across the petal. The the length of the flick and how many lines you add is up to you, and will change depending on what you are coloring. 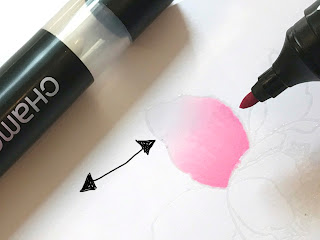 Step 2: Fuse your pen and color your first petal with side to side strokes starting in your LIGHTEST area and moving into your dark areas. Make sure to overlap your strokes slightly

How long you fuse depends on the size of the area you are covering and how quickly you want it to blend back into the full color... Until I got an instinctual feel for it, I stamped an extra image on a scrap paper for me to test out different fuse lengths.  For this petal I did about 10 seconds. 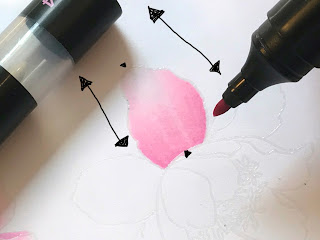 Step 3: Fuse your pen again (I fused for about 6 seconds). This time color the petal using up and down strokes starting in the middle (marked by the little triangles) and working to the outside.

Step 4: Fuse again, and repeat doing the other half of the petal.

Doing this adds some dimension and shadows to the petal giving a  more rounded look. It also, again adds texture and breaks up the uniform tonal change into something a little more organic. 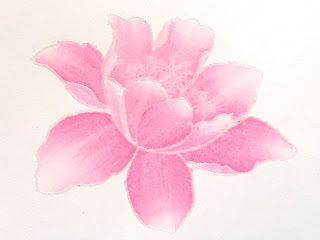 Here the flower is finished using only 1 marker. 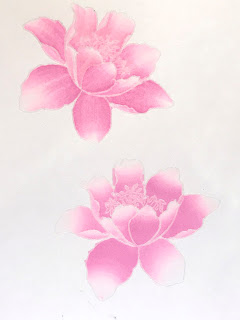 Here you can see them side by side... Going through the extra steps gives the flower a lot more dimension and an organic feel.  You can choose which way you like the best, or come up with your own way.. this is just what I like to do.

This is where the layers to the layering stamp come in... 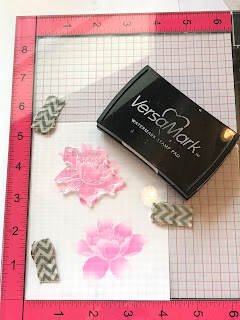 Step 5: Stamp the detail layer with the least amount of surface area (what is normally done in your darkest ink) with VersaMark. I'm using my MISTI because I find it the easiest way for me personally to get the perfect alignment on layers. 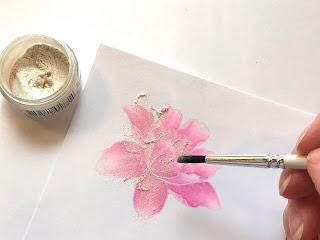 Step 6: Brush some Rangers Perfect Pearls over the image using a dry paint brush. The powder will stick to the VersaMark.

I'm using the Perfect Pearl color of Perfect Pearls, but I've done others with gold and it was very dramatic and pretty! 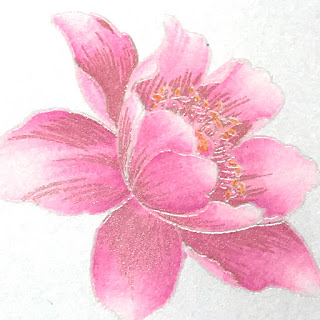 Step 7: Using a clean dry paint brush, brush off any loose powder. You are left with a beautiful shimmer adding detail to your flower. 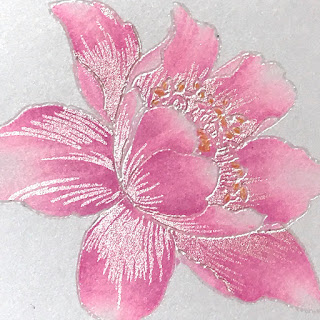 Here it is with the light catching it.... isn't that AWESOME?

You can add the Perfect Pearl details using the same technique but coloring the image with different markers, watercolors, or even stamping the the solid stamp as intended. It's just a fun way to add a little extra 'WOW' factor to your stamping. 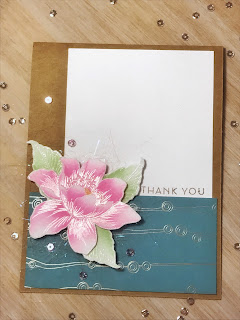 Kassi
Art is a way of life for me and has been for as long as I can remember. My photography lets me share with others how I see the world around me. I also spend a lot of time involved in other labors of love including scrapbooking, drawing,writing, and any other project I can figure out to tackle.

Where to find me 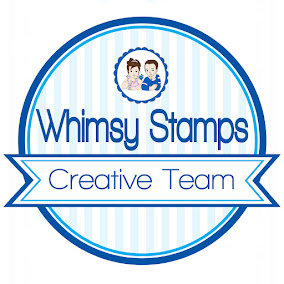 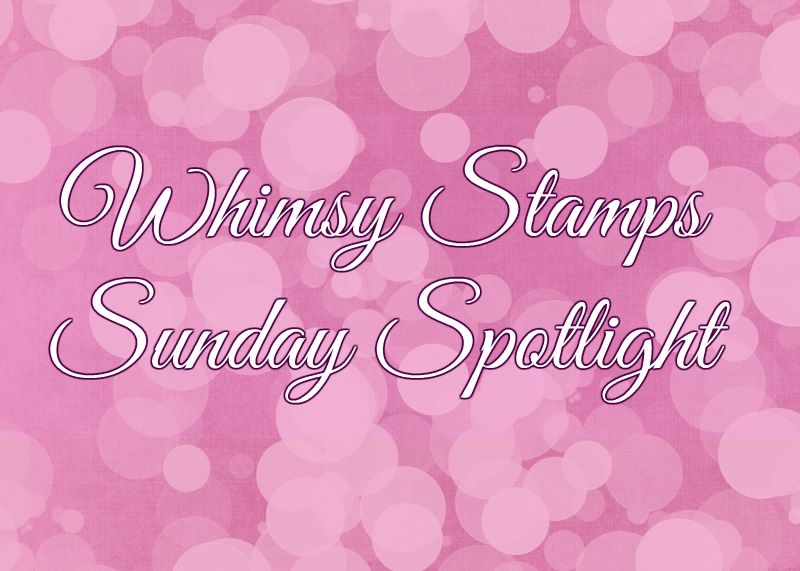 Some products used may have been provided by the vender(s) and/or manufacturer(s), including:
Creative Inspirations Paint,
Great Impressions stamps
Honey Bee Corner
Sweet Magnolia Rose
Inspired by Stamping
Sweet Stamps
3 Girl Jam
ScrapbookUSA Expo
DCWV
Basic Grey
My Minds Eye
Unity Stamps
LDRS Creative
Polkadoodles
Motion Crafts
La-La Land Crafts
Whimsy Stamps
Inkon3
Colorado Craft Company
However, I use and promote products because I love them, not because I am paid to say that. =)